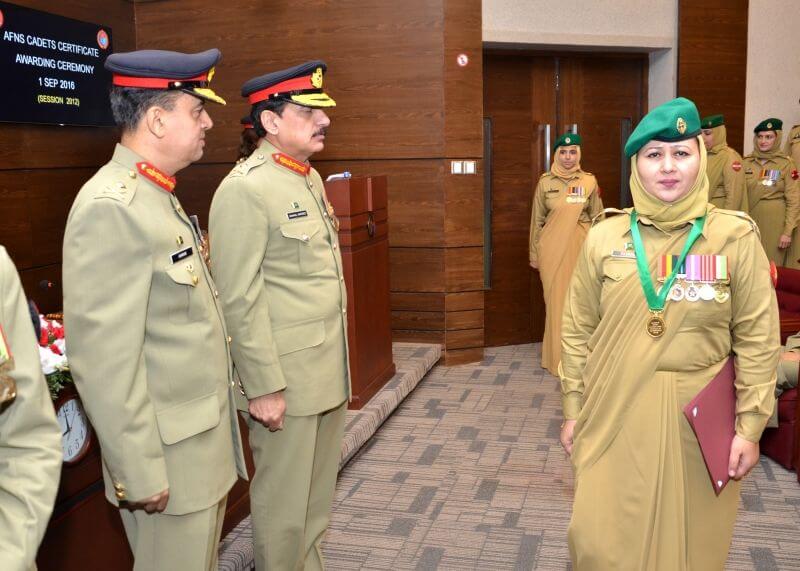 Women empowerment has been one of the significant trends of the 21st century. we can see that women have been participating in different departments equal to men. When it comes to armed services, the first questions arise in our minds whether females have the ability to serve as nation’s women. Of course, women had and have been serving in different armed forces of Pakistan.

AFNS is a permanent job. Therefore, you would be rewarded ranks of the Pakistan army.

If you apply for the trained nurse, then, you will go through a four-week basic military training, and then, you will be awarded the rank of lieutenant.

In short, the first rank would be Lieutenant, the second rank Captain, the third rank Major, and up to Brigadier.

AFNS job is a very prestigious job for women in the Pakistan army. Job at AFNS brings you a new career that is not only permanent but also bright. Nursing at the civil hospital may not have that respect which you will get in AFNS. When you are given identification, respect, and a good career, what else would you require of your career? AFNS Job is advertised once a year and has three major categories.

Of course, this career is the dream of most women in Pakistan.

Indeed, this is going to shine your future.

No doubt, this can change your lifestyle.

Above are all three different categories of AFNS jobs. You would be lieutenant at the end of all these types of courses.

There are different salary packages of AFNS according to PayScale you have. It starts from Rs 22,700 to Rs 365,00 that is the lowest to highest averages. You will have an increment in your salary after announcements in budgets, and after you promote to senior ranks during your service.

Well, the test for AFNS is divided into two parts: Initial and Interview.

This test is held to check your verbal understanding of things and concepts. There are 85 to 90 MCQs and you would be given a thirty-minute timespan to solve these MCQs.

The non-verbal test is the second test of your selection process. It testifies whether you have language processing problems or not. You would go through 85 to 90 questions within 30 minutes.

This test is all about your academics for example English, Chemistry, Biology, Physics, world GK, Pakistan, and Islamic studies. You should prepare them through books available at the market. Indeed, these are the key areas of the academic test.

Once you pass the initial exam, you will be shortlisted for an interview. Take care of your dressing. Do not wear dark colors instead wear light ones. Just calm down and think about the dignity you will get. This will help you stay confident.

Anyone who desires to join the Pakistan army as a nurse can join through ASNF. You would be given much prestige. You will get a chance to cure the heroes of the nation during war. This is an amazing chance for all the women who want themselves independent in their life, and want to help their families. Nursing at any other place may not give a woman the respect which she can get serving in the Pakistan army.

National MDCAT Book By MBBS.COM.PK is Recommend For Preparation